Even if you live out in the middle of Siberia, chances are that you have heard of the craze that is going on with cryptocurrencies. The rise, rise, and rise of Bitcoin, Ethereum, and several other popular cryptocurrencies.

I can’t even keep up with the names and uses of the cryptocurrencies that come up like everyday now (currently like a thousand of them in existence), nor can I really tell you which one has the potential of value in the long-run and which is an outright scam.

What I can say based on what I’ve seen so far, is that cryptocurrencies are either going to be the future of money (wink-wink to the lucky early adopters) or they are going to join the hall of infamy as one of the greatest bubbles of all time.

Whichever way this goes, it is now reported that there are several thousand newly-minted millionaires around the world as a result of these digital currencies, and there will be several more if cryptocurrencies continue to gain traction as many are predicting.

As per Wikipedia, “A cryptocurrency is is a digital asset designed to work as a medium of exchange that uses cryptography to secure its transactions, to control the creation of additional units, and to verify the transfer of assets.”

For decades, there have been several attempts to come up with a digital decentralized currency. Bitcoin has been the most successful attempt and the one that has gained the most traction so far. It currently also has the largest market capitalization.

Cryptocurrencies are generally tied to what is known as “Blockchain Technology” – they are the means of exchange in transactions that blockchain facilitates.

The technology behind the use of cryptocurrencies is referred to as blockchain.

A blockchain is like a tracking spreadsheet or database that securely and efficiently records, stores, and shows all transactions that occur. These records are secured, verifiable, transparent, and are protected from tampering or fraud.

The key to the use of and importance of blockchain technology is that you do not need to trust the party on the other side of the transaction you are conducting, and do not need a middleman to act as intermediary – like you would when making payment to another person via your bank. Due to records being transparent to all involved, you would need everyone to collude in order to commit fraud.

Blockchain technology has shown promise for the creation of digital currencies. Other uses (and potential uses) include privacy protection, smart contracts, copyright protection, online voting, stock trading, and many more.

Like fiat money, cryptocurrencies are designed to work as a medium of exchange. There is also a scarcity or cost to cryptocurrencies which is a part of how they derive value. In addition, like stocks or currencies, several factors can drive up or down the value of cryptocurrencies, such as publicly available information relating to use, acceptance, failures (such as hacks), and regulations.

Bitcoin was developed by an individual or persons going by the name of Satoshi Nakamoto in 2008 as a peer-to-peer electronic cash system, with the first units of bitcoins released in January 2009. No one knows the exact identity of this (these) person(s), however, they currently own about one million bitcoin in their wallet and are worth upwards of $20 billion USD as of this writing.

The total number of bitcoins that will ever be in circulation is limited to 21 million units. Bitcoins are created as a reward for bitcoin miners who have to work for them by solving complex calculations or what is referred to as a “Proof-of-Work.” This work by miners is required to verify that transactions or blocks within the blockchain are verified and legitimate. At the conclusion of a series of transactions or records, an additional block is added to the existing blockchain.

There are now several other cryptocurrencies that are offshoots of bitcoin (in code or concept) and they are also referred to as “Altcoins.” They include:

Ethereum was invented by Vitalik Buterin in 2013 as a decentralized platform to facilitate smart contracts. Also based on the blockchain technology, the crytocurrency for Ethereum is known as Ether (ETH). Current circulating supply of Ether is around 97 million units for a market capitalization of over $75 billion USD (December 2017).

Ripple was originally created by Arthur Britto, David Schwartz, and Ryan Fugger. It has undergone several iterations since then. The technology is very useful in making payments and sending money in any form globally in a much faster and cost-effective manner. The market capitalization of Ripple (XRP) as of the time of writing this is about $75 billion USD.

Litecoin was created in 2011 by Charlie Lee. It’s also based on blockchain technology and has been referred to as “silver-bitcoin.” it is very similar to bitcoin, but is much faster for transaction verification. It’s market cap while writing this piece was just under $18 billion USD.

Canada has not been left out of the crypto-craze! There are now many crypto-exchanges that Canadians can access to get their hands on cryptocurrencies. Some of these exchanges are based in Canada, while others are located abroad. Those operating within Canada include:

Others crypto-exchanges accessible by Canadians but located outside Canada include:

There are also many Bitcoin ATMs available in major Canadian cities where you can deposit cash in exchange for cryptocurrency.

Depending on the exchange and/or size of your purchase, you may be required to provide further identification details. Exchanges will also charge you fees that may vary from 0% to as high as 10% or more of your transaction.

Following your purchase of cryptocurrency, you can either leave it on the exchange or move it to a “wallet” which you can then use to send, receive, or store your crypto-assets.

Each wallet comes with a unique address – much like you have an email address. Examples of wallets include: Jaxx.io (Canada-based), Blockchain.info, Breadapp.com, Bither.net, Coin.space, etc.

Guess what? If you make money from trading cryptocurrencies, the government wants in on the windfall. Surprise!?

Canada and the U.S.: The Canada Revenue Agency (CRA) and the Internal Revenue Service (IRS) want you to declare profit you make from trading digital currencies as capital gains (investing) or income (business). Your profits will be taxed accordingly.

Different Thoughts on Cryptocurrencies as an Investing Asset

The spectrum of opinions is far apart on whether digital currencies are a promising tool/asset for your investment portfolio. Opinions have varied from those who gush over cryptocurrencies and can’t seem to stop talking about it, to those who view it with suspicion, maybe even some disgust, and who don’t want anything to do with it.

Bitcoin is the beginning of something great: a currency without a government, something necessary and imperative. – Nassim Taleb

In the long term Bitcoin moves above $500,000 within three years. Bets? – John McAfee

I think the internet is going to be one of the major forces for educing the role of government. The one thing that’s missing but that will soon be developed, is a reliable e-cash. – Milton Friedman (1999)

Stay away from it. It is a mirage basically. – Warren Buffet

I could care less what bitcoin trades for, how it trades, why it trades, who trades it. If you are stupid enough to buy it, you’ll pay the price for it one day. – Jamie Dimon, JP Morgan Chase Chairman & CEO

What their true value is maybe anyone’s guess – perhaps the most one can say is that buying these things means buying risk, which makes it closer to gambling than investing. – Stephen Poloz, Bank of Canada Governor.

My Take on Cryptocurrencies

Question: Are cryptocurrencies like the tulip mania of the 16th century or a bubble after the fashion of the dot-com tech bubble of the 90’s?

Answer: I don’t know. Your guess is as good as mine. Maybe? No one knows for sure.

One thing I can speak to though is the relationship between risk and returns. Given the astronomic returns we have witnessed in the cryptocurrency world, it is safe to say that they are definitely a very risky asset! In line with their risky nature, they are also very volatile and frequent severe price corrections appear to be the norm.

If you are investing in them, you should be very aware that you may be investing in a very risky asset that can bring you several multiples in returns, or leave you with a total loss of your investment and $0 for your efforts. Like any other highly risky or speculative investment, you should consider only committing funds you can afford to lose.

Additional care should be taken with initial coin offerings (ICOs) which are a dime a dozen these days.

I do not currently own Bitcoin. I was going to buy one unit of the digital currency in early 2014 when it was trading in the $750-$1,000 range, but backed off after the hack of Mt. Gox. I have been a spectator since then as prices have shyrocketed and keep trending up. ?

The intent of this article is not to dissuade you (or encourage you to) from trading, investing in, or utilizing cryptocurrencies. The decision to get involved (or not) is yours and yours alone.

As for me, the train left the station in 2014 (i.e. now too expensive for me to speculate on while staying sober) and I don’t see myself chasing after it. However, don’t bet on what I do – my opinions and plans can and do change. 😉

Notwithstanding what becomes of cryptocurrencies in the future (i.e. maybe it blows up and goes down in flames – lol), it appears that blockchain technology has a lot of prospects and is here to stay in one form or another.

For the best mortgage rates in Canada, use Ratehub as your online mortgage comparison tool.

To receive more personal finance articles like this one directly in your inbox, you can sign up for my free newsletter below or in the sidebar.

If you have any questions, please feel free to drop them in the comments section below.

Enoch Omololu is a personal finance enthusiast and a veterinarian. He has a master's degree in Finance and Investment Management from the University of Aberdeen Business School and has a passion for helping others win with their finances. His writing has been featured or quoted in The Globe and Mail, Toronto Star, MSN Money, Financial Post, The Motley Fool and many other personal finance publications. Read more... 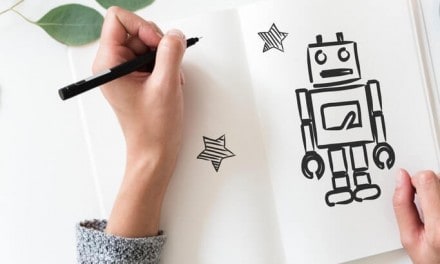 How To Choose A Robo-Advisor That Meets Your Investing Needs 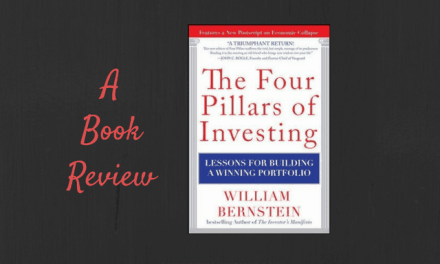 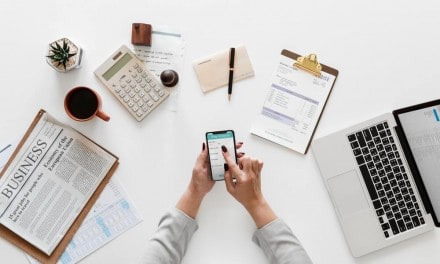 Financial Checklist For Canadians in 2020 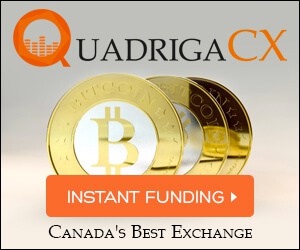 Sign up now to receive our latest personal finance tips and also download our FREE eBook - A Complete Guide To Retirement Income In Canada.

You have Successfully Subscribed! Check your Inbox for Download Instructions.

We hate SPAM and promise to keep your email address safe. You can always unsubscribe...

Subscribe for weekly personal finance nuggets in your inbox!