The content on this website includes links to our partners and we may receive compensation when you sign up, at no cost to you. This may impact which products or services we write about and where and how they appear on the site. It does not affect the objectivity of our evaluations or reviews. Read our disclosure.

Looking for apps like Mistplay to make money on your iPhone or Android device? You are not alone.

Game apps like Mistplay appear to be just as popular as survey sites when it comes to making extra cash on the side.

They don’t pay much but are one of many ways to monetize your free time.

Mistplay is a game app founded in 2015 by Henri Machalani in Canada. It is available on the Google Play Store and hosts thousands of games.

How it works: When you play games on the platform, you earn Units (points) you can redeem for Visa, PayPal, Amazon, and Google Play gift cards.

Mistplay also runs several contests every month where you can win cash prizes. As per its website, Mistplay has paid gamers more than $24.8 million.

Available: Canada and the United States (only on Android devices).

If you like Mistplay and the types of games it offers, you could also check out the following game apps and sites.

Swagbucks is the most popular online platform for earning while completing simple tasks. It is owned by Prodege LLC, the same company that operates InboxDollars and MyPoints.

How it works: Create an account ($5 bonus) and get paid to play games, shop online, and more. Swagbucks users can redeem their earnings starting at $5 for PayPal cash or popular gift cards (Amazon, Walmart, etc.).

As per its website, Swagbucks has paid members more than $790 million. You can learn how Swagbucks works.

InboxDollars has been around since 2000 and is a top get-paid-to site in the U.S. Its Canadian equivalent is Daily Rewards.

How it works: Members of the platform are paid to play games, read email/ads, take surveys, and shop online.

To get started, sign up here ($5 bonus). You can redeem your earnings as a gift card or cash starting at $30.

Available: United States. Canadians can sign up for Daily Rewards.

Skillz is a mobile games platform in the United States. If you consider yourself to be a competitive gamer and are looking for potential big paydays, Skillz may be worth checking out.

As per its website, Skillz hosts over 5 million daily tournaments and pays out $100+ million in prizes every month.

The top mobile games on the platform are:

Available: The United States on both iPhone and Android devices.

KashKick is an online rewards platform based in the U.S.

How it works: Sign up for KashKick. You earn dollars when you play games, watch videos, answer surveys, and surf the internet.

The minimum payout threshold is $10 via PayPal.

The Drop App is a loyalty rewards program that pays you to shop, play games, watch video ads, and answer surveys. It was founded in 2016 by Derrick Fung and has more than 3 million users.

How it works: Download the app ($5 bonus) and link your bank account (debit or credit card). Drop automatically tracks your purchases at participating stores and rewards you with points.

You can redeem these points for popular gift cards starting at $25.

Unlike receipt-scanning cash back apps, rewards are earned effortlessly on Drop.

Available: Canada and the United States (on iOS and Android).

This Android game app offers a variety of games with categories including action, puzzle, arcade, adventure, and strategy.

After downloading the app, you earn coins for every game played and can redeem them for steam gift cards, Walmart, Xbox, Google Play, and other gift cards.

In addition to the game apps like Mistplay that pay you via PayPal or gift cards, you can also earn cash on the side using these survey apps:

Get paid to complete short surveys

Get paid to complete surveys, watch videos, and play games

Do you know of other game apps worth mentioning here? Leave them in the comments. 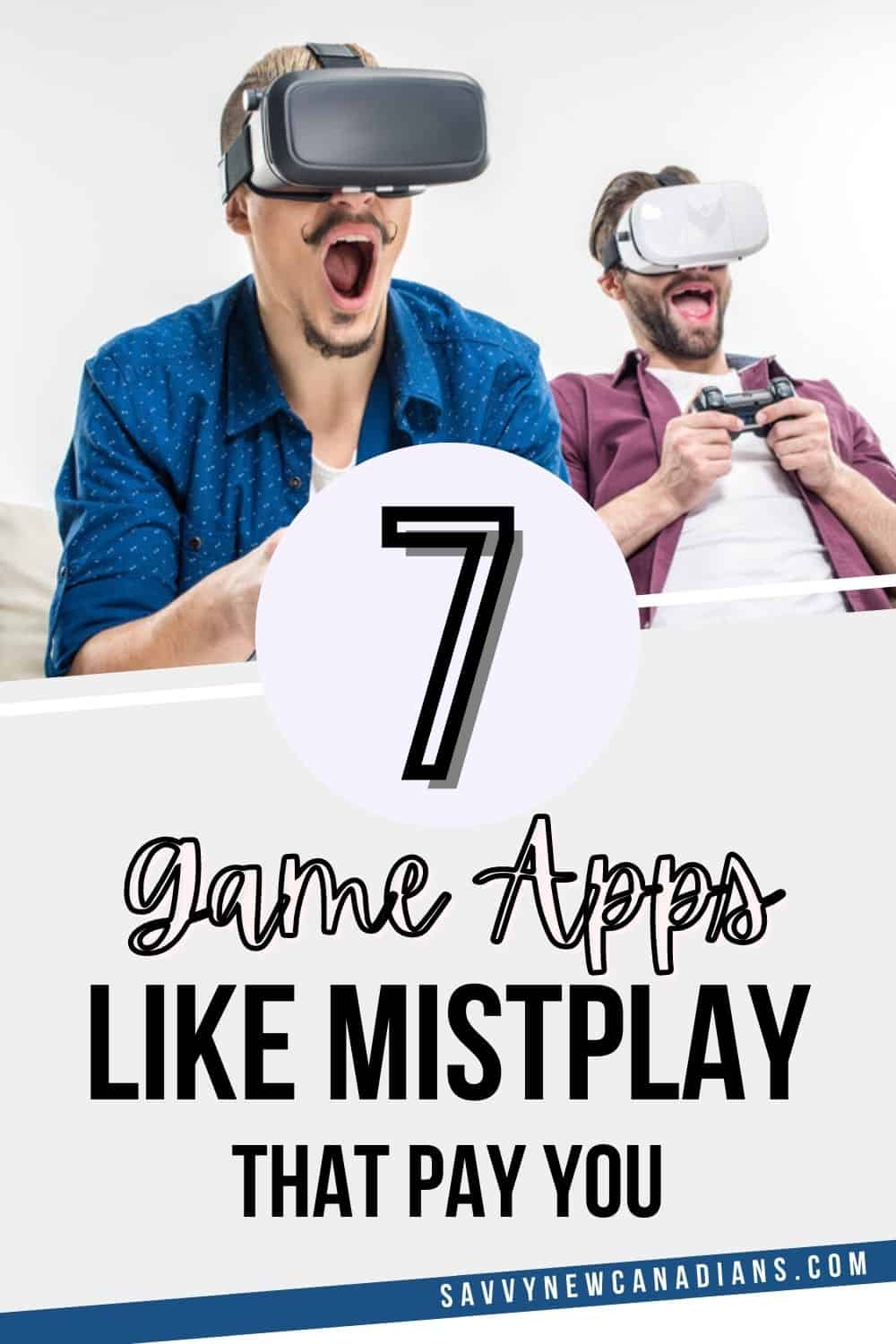 Start with $5 on the most popular get paid to site

Get paid to answer surveys and complete other simple tasks.

$5 bonus when you complete the profile questionnaires.

Become your own boss and work at your preferred schedule.

Earn up to $43 per hour as a proofreader.

Take a 76-minute free workshop to get started on your journey.

Free cash back app for iOS and Android phones.

Earn rewards when you shop and redeem earnings via Interac e-Transfer.

$5 bonus after connecting a credit or debit card to the app.

Cash back is automatically tracked and credited to your account.

$30 cash bonus after your initial online purchase of $30+.

Enoch Omololu is a personal finance expert and a veterinarian. He has a master’s degree in Finance and Investment Management from the University of Aberdeen Business School (Scotland) and has completed several courses and certificates in finance, including the Canadian Securities Course. He also has an MSc. in Agricultural Economics from the University of Manitoba and a Doctor of Veterinary Medicine degree from the University of Ibadan. Enoch is passionate about helping others win with their finances and has been writing about money matters for over a decade. He has been featured or quoted in The Globe and Mail, Winnipeg Free Press, Wealthsimple, CBC News, Financial Post, Toronto Star, CTV News, Canadian Securities Exchange, Credit Canada, National Post, and many other personal finance publications. You can learn more about him on the About Page.

25 iPhone and Android Apps That Make You Money in 2022

Earn up to 5% cash back when you shop + $20 sign-up bonus with our CASHBACK referral code!

Get paid to complete simple tasks plus a $5 bonus!

Earn real cash back when you shop online plus a $30 cash bonus!

The content on this site is for informational and educational purposes only and is not intended as a substitute for professional financial advice. Always consult a licensed financial expert before making any decisions based on the information you read on this blog.

Articles on SavvyNewCanadians.com may contain affiliate links. That means if you decide to make a purchase or sign up through these links, we may earn a commission at no cost to you. Please read our disclaimer/disclosure for more info.

Limited Time Offer
Get a $5 sign-up bonus when you join and get paid to complete simple tasks.
Claim Now